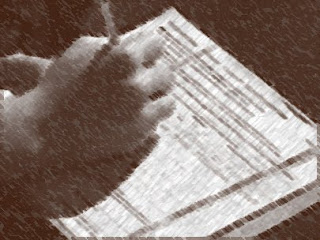 This is no longer news, but nevertheless important. Carl DeMaio announced that the pension reform initiative had over 145,000 signatures, with 93,346 needed to qualify. It appears likely that the initiative will qualify for the ballot. The furious counterattack by labor on even allowing a vote on the measure has been curious. Clearly they see a huge threat in this initiative. The left of center OBRAG had this to say:

The proposed initiative would eliminate pensions for all new city hires except police officers and replace them with a 401(k)-type plan. It also includes a five-year salary freeze on the pensionable pay of current workers and a cap on future police pensions, among other things. City workers would not be eligible for Social Security under the plan.

The proposal is strongly opposed by organized labor, who characterize the plan as a punitive measure that places the solution to the city’s fiscal crisis unfairly on workers. Labor groups went so far as to send volunteers to popular canvassing locations to argue their point of view after receiving reports of petition gatherers making significant misrepresentations about the petition that they were asking people to sign.

A fair characterization, no doubt. OBRAG also asked a question that perplexed me.

Even though supporters of the ballot measure have known for several weeks that they’d passed the threshold for needed signatures, the campaign has continued using a “we’re desperate” meme. Why? It turns out that signers information was being shared with the DeMaio Mayoral campaign. It’s probably illegal, but unlikely that the consequences will outweigh the benefits.

I’m not sure I believe that, but I’d like to hear from DeMaio and the organizers as to why the tone of desperation. I went so far as to predict rough sailing, based on my reading of DeMaio’s Facebook posts.

Meanwhile, the arguments against placing the initiative on the ballot by San Diego City Beat were that it would pass if it got on the ballot. From the comments.

Bob, I think you missed a key part of the article. See the end of the first paragraph. If the measure makes the ballot, it’ll pass, because it’s a complex issue for the average voter to process. There are a number of misleading statements being made by the pro CPR folks. We think the debate needs to happen now.

The CityBeat interpretation is that that the pension reform measure will pass if it qualifies for the ballot because it’s too complicated for voters to understand. (A nice way of saying the voters are stupid and gullible).

Comments and articles from both sides of the issue make me believe that even if the initiative qualifies, there will be millions more spent by both sides. There will also be some carping about how expensive and unseemly all the spending is. Too quote Dean, “Democracy is, like, hard.”

Ultimately, the question is whether 401(k) pensions are fair. The left’s argument is that just because you as a private sector worker have a pension subject to the vagaries of the stock market, it doesn’t mean you should make government employees suffer that injustice. Some flaws in this thinking:

Look at this graph from visualizingeconomics.com 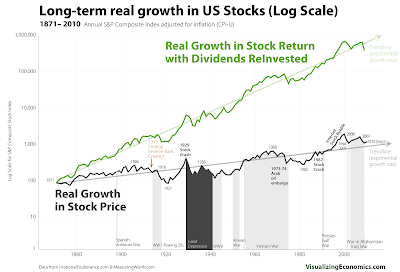 Most 401(k) plans have the investor re-invest dividends. There isn’t a 20 year period when you would lose money when re-investing dividends.

So why do the unions and left oppose? They fear the loss of power, because the average employee won’t need them anymore.