San Diego’s 10News is reporting that a campaign to repeal an expected rise in the minimum wage is being organized by the San Diego Small Business Coalition. (I urge you to “like” their Facebook page.)

San Diego Mayor Kevin Faulconer vetoed the measure, but the San Diego City Council is expected to override it. If that happens, Jason Roe, spokesman for the San Diego Small Business Coalition, says he has already begun to fundraise and has “substantial commitments from small businesses.”

Roe says the group is ready to launch a ballot drive to repeal the hike. Some 34,000 signatures must be gathered in a month to get it on the ballot in June 2016.

Meanwhile Council President Todd Gloria is already asking people not to sign the expected petition.  Pretty clear that the referendum fight is game on.  The petition is a great idea that I will support by getting signatures and making donations.

If the minimum wage hike stands, it is going to be a nightmare to have a different wage in San Diego than in neighboring communities.  Enforcement will be tough.  How will the City Attorney collect records from out of town businesses?  Further, such a measure erodes the competitive edge of San Diego businesses at the margins.  The minimum wage hike will only hurt the working poor and punish businesses.  All the energy expended on an issue that only helps a very small 2% of the workforce is all the proof I need that something foul is afoot.  Minimum wage hikes are a back door way for unions to get wage concessions without bothering to bargain or strike.  When some thug tries to stop me from gathering signatures on my petition, I guarantee that they will have been paid by a union.

The San Diego City Council voted Monday to override Mayor Kevin Faulconer’s veto of gradual increases in the local minimum wage to $11.50 an hour by 2017, starting the clock on a referendum campaign that business leaders have said they’ll pursue.
If opponents can collect the 34,000 valid signatures required for a referendum by Sept. 17, the wage increases will be held in abeyance pending an election in June 2016. 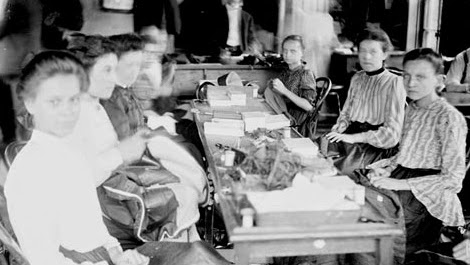 Wouldn’t you rather be doing internet research for me?