The news of indictments involving associates of Mexican businessman Susumo Azano makes for entertaining reading.  There is a trail of illegal campaign donations to various mayoral candidates funneled through a straw-donor and a social media guru.  The U-T is all over the story, with the best overall description of the case published in Sunday’s paper.  I also want to give credit to Dave Maass, formerly of San Diego City Beat, who first broke the story of questionable campaign contributions by Azano in 2012.  The alleged motive for illegally funneling campaign contributions was so that Azano could slow down water front projects and gain a controlling interest in them after they ran into political trouble. From the U-T:

The prosecutor’s statement for the first time specifies a larger motive behind the financing scheme — creating California’s version of Miami’s tropical playground.

While federal authorities have not identified the donor, court documents contain enough detail to indicate it is José Susumo Azano Matsura, a wealthy Mexican citizen who supplies surveillance equipment to the Mexican military and owns construction companies based in the state of Jalisco.

The prosecutor said a candidate — who sources have identified as former Mayor Bob Filner — told the businessman that he didn’t have jurisdiction over the bayfront, but he may be able to help by holding up development of the Navy Broadway Complex so the businessman could gain control of the lease.

Further, one of Azano’s associates, Ernesto Encinas, allegedly wanted to ensure that the new mayor installed a police chief to his liking in return for the contributions.

The motive of Encinas, who retired from the department in 2009 and now owns security consulting businesses, apparently was to install a new chief more amenable to issues surrounding alcohol licenses and entertainment venues to help his businesses.

Now these guilty parties are innocent until proven otherwise.  But the U.S. District Attorney would not have presented the indictments if their theory of the crime was not credible, and that is the real crime.  The rule of law is degenerating both nationally and locally when the success of business ventures is dependent on the good will of elected and appointed officials.  It opens the door for further corruption when we lack clear standards and processes that allow projects to go forward.  I wrote earlier about Filner’s penchant for interfering with already approved projects.  The U-T chronicled a long list of its own.  Does anyone doubt that Filner lacked the power to disrupt the bayfront project?

Now there is news that Filner was quietly trying to remove Police Chief Landsdowne. It is not proved or known whether this was in response to Encinas’ request.  But why should it matter.  The police view on licensing shouldn’t be based on personal opinion or personalities, but on objective criteria such as arrests in the area for drunk and disorderly, or number of noise complaints.  The fact that a credible theory of the crime includes the belief that officials can get with arbitrary rulings to benefit themselves or their cronies is evidence of that we are on a road to tyranny.  Hayek knew what he was talking about. 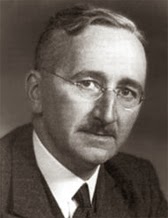