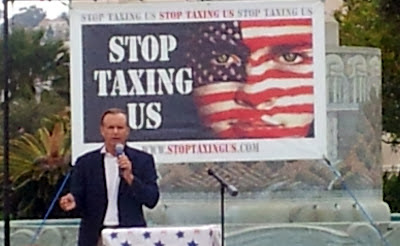 The U-T is reporting that Democratic sponsored polls are showing a dead heat in my home district, the CA-52, in the race between Brian Bilbray, incumbent Republican and Scott Peters, former City councilman and Port commissioner. One poll was at 40-40 and another at 45-45. While these are polls of likely voters, the real question will be what actual turn out will look like between Republicans and Democrats. With two huge tax hike initiatives on the state ballot, I predict that Republican turn out will be higher because tax hikes tend to bring out conservatives; anger motivates voting. Democrats will have less incentive to vote as Obama is a shoe in to take California’s electoral votes. Additionally, Carl DeMaio’s campaign will be emphasizing pension reform. Bilbray’s campaign will be attacking Peters on that issue for his votes during the time he was on the council. I believe this tilts the field against Peters. From the U-T:

Peters has acknowledged that his vote to underfund the pension system was a mistake but said he’s the only candidate in the race to do any meaningful pension reform. He has pointed to negotiating a new pension plan to save the city $23 million a year.

Sounds like a tough sell in this environment, so I am predicting a Bilbray victory, despite these polls.