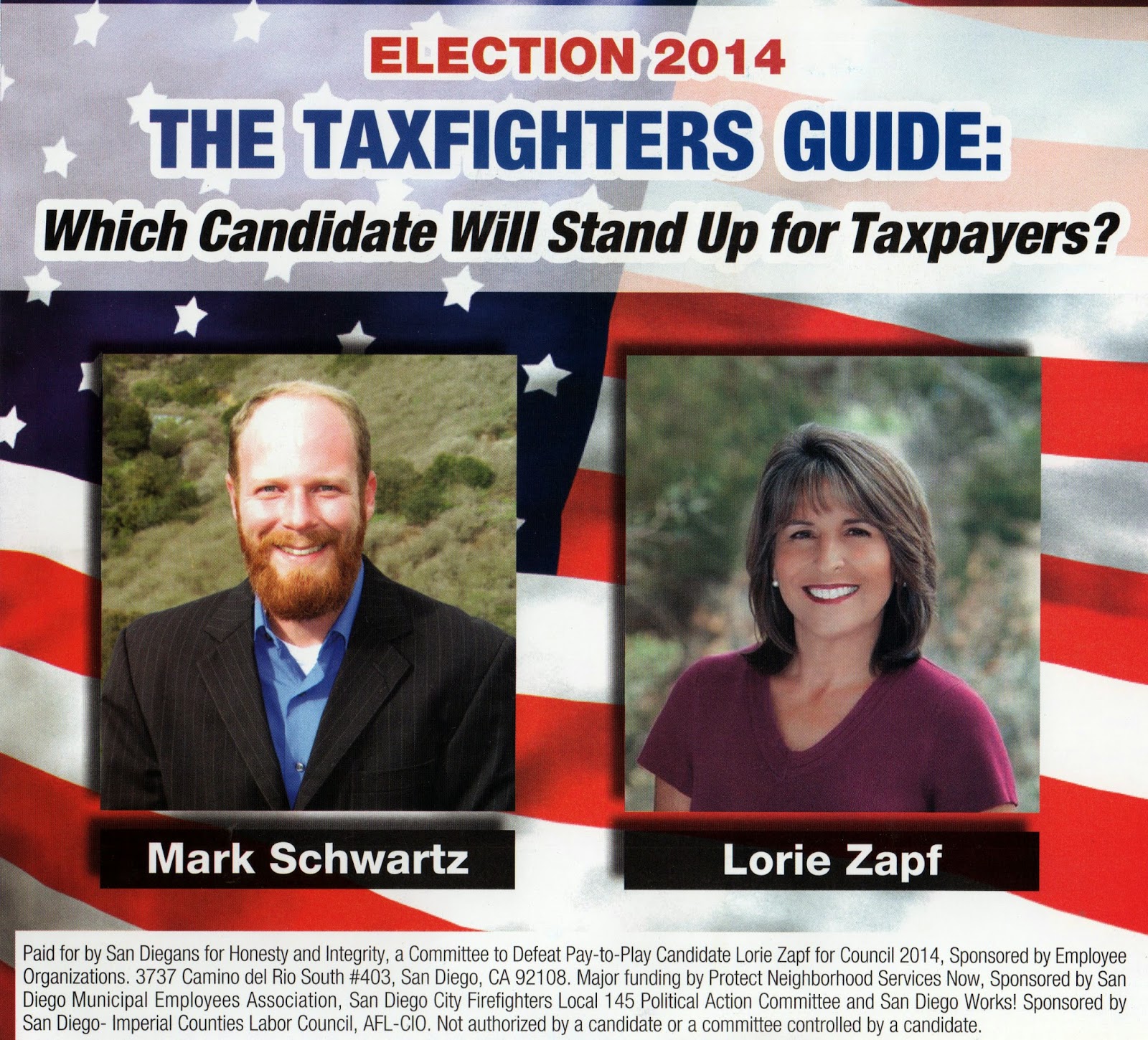 Unions are getting involved in the San Diego City Council District 2 race and spending money to help the Libertarian candidate, Mark Schwartz. Let’s be clear, Schwartz has no chance of being elected.

If you read the fine print at the bottom, you will see that the San Diego – Imperial Counties Labor Council sponsored this flyer, along with the city Municipal Employees Association.  When I saw this show up, I was immediately suspicious.  I was a libertarian for a long time, and slick campaign flyers were almost always outside of the budget wherewithal of our candidates.

Why would the unions fund Schwartz?  It is pretty obvious, in my opinion.  They are hoping to drain enough votes from Zapf to prevent her from winning the primary outright against Progressive darling Sarah Boot.  The unions want minimum wage increases, banning of managed competition and an end to pension reform, which puts them in opposition to Zapf.  Do they really want Schwartz elected?  Here is a little of what he says on his campaign website: “I will”

– Support free market economy and free enterprise locally by working to reduce tax burden and permitting costs to San Diego businesses.
– Champion cutting tax waste with privatization of city services (managed competition,) opening small businesses bid opportunities to fill city needs.
– Vote NO on any proposed ordinance that increases tax burden on citizens. I will speak out against any new propositions or bonds to be levied on the citizens that infringe on property rights and freedom.

No way do unions support these positions.  In fact, they are exactly the positions already taken by Zapf, only she has actually taken action.  For example, she personally collected signatures to rescind the linkage fee.  I just wanted to point out to readers that voting for Schwartz is essentially a vote for Sarah Boot and an endorsement of the union platform for city government.