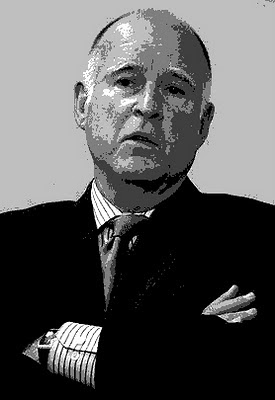 Governor Jerry Brown’s budget promises to cut public education by $4.8 billion if his tax increases aren’t passed next November. Promises, promises. That we could get some cuts in the bloated state educracy would be welcome indeed. The California school system is not performing that well, despite spending about $8,452 per pupil per year, although I think that number is low, it is the official state budget number from 2009-2010. The shock of some budget cuts would be welcome as it might force us to evaluate why we allow the government a near monopoly in delivering education.

In a previous post on Douglas County, CO I laid out why outsourcing public education at 75 cents on the dollar would still save the state money.

Let’s look at the situation in California. According to the state of California’s data, there is a total of approximately $50 billion spent on K-12 education. (I am approximating, because the exact total seems a little squishy depending on the source.) This results in per pupil spending of $8452 per year. A voucher to parents of about $6300 would save the state $2100 per pupil. If only one million of the approximately 5.5 to 6 million students, the state could save $2.1 billion dollars. The more parents take advantage of the program, the more the state saves. At the state level these kinds of savings shouldn’t be ignored. It might have the additional impetus of encouraging a mass exodus from failing public schools. I also note that in the review of literature for this article that only 61% of spending in California’s schools goes to classroom education. That means the schools have an overhead rate of 63%. It seems obvious that parents could get a more value from 75 cents of every education dollar than they get from the public system.

Defeating the tax hikes should be the number one priority of the tea party movement in California this year. Gerrymandering has essentially neutered partisan politics, but large numbers of Democrats seem willing to vote for the conservative position on ballot measures, including voting against tax increases and against gay marriage in 2008, while Obama was sweeping the state. I think the public instinctively knows two things. First, California taxes are too high. Second, when politicians threaten favored programs if they don’t get their way on tax cuts, they are bluffing.