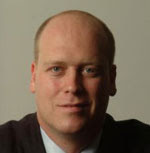 As much as I loathe the California Democratic party, I have not been impressed of late with its Republican opposition. Temple of Mut has the goods on the latest move by the county GOP, and quite the move it was. Tony Krvaric appears to be the quintessential self-serving ethically challenged businessman type that often gives the Republican party a bad reputation. Temple of Mut’s article is filled with details about the unseemly conduct and ethical lapses by Krvaric in vacating GOP Headquarters at Griswold Corporate Center for an address identical to that of his personal business. She independently confirms a number of aspects of the story by CityBeat’s John Lamb.

I also note that a rift with Krvaric drove Kim Tran out of the Republican Central Committee last September. While I didn’t think that Kim should have resigned, I respect her contributions to the local community and was very sympathetic to her candidacy for the District 6 city council seat.

I call on Tony Krvaric to resign his position as chair of the San Diego Republican Party. While searching for a picture of Mr. Krvaric to grace this blog post, I found a web site dedicated to getting him to retire. Guess I’m not alone.

Cross posted to the The Liberator Today.