I walked in today’s Raise the Balloon event down Morena Blvd.  It was a great day for a walk and by my estimate, about 350 people showed up; joining at various points along the walk.  I didn’t learn much new about the problem, except the assertion that there is a lot of obfuscation at city hall as to who has the authority over this proposed change to zoning.  Allegedly, the planning commission has nothing to do with this, according to one of my co-marcher.  The change is a set-up, to automatically kick in when the trolley extension is built and blame it on SB 375 mandates to allow politicians to avoid responsibility for a clearly unpopular move.  More research is needed to judge the accuracy of this assertion.

As befits a San Diego protest, it was all very laid back, with a few squad cars keeping the marchers safe at some of the intersections we crossed. We changed to “No 60 feet” and waved to the traffic on the way.  I would like to give a shout out to “Ride On Espresso” (at the start of the march) and Jitters Espresso (near the end) who kept me adequately caffeinated to make the walk.

A few pictures from the event. 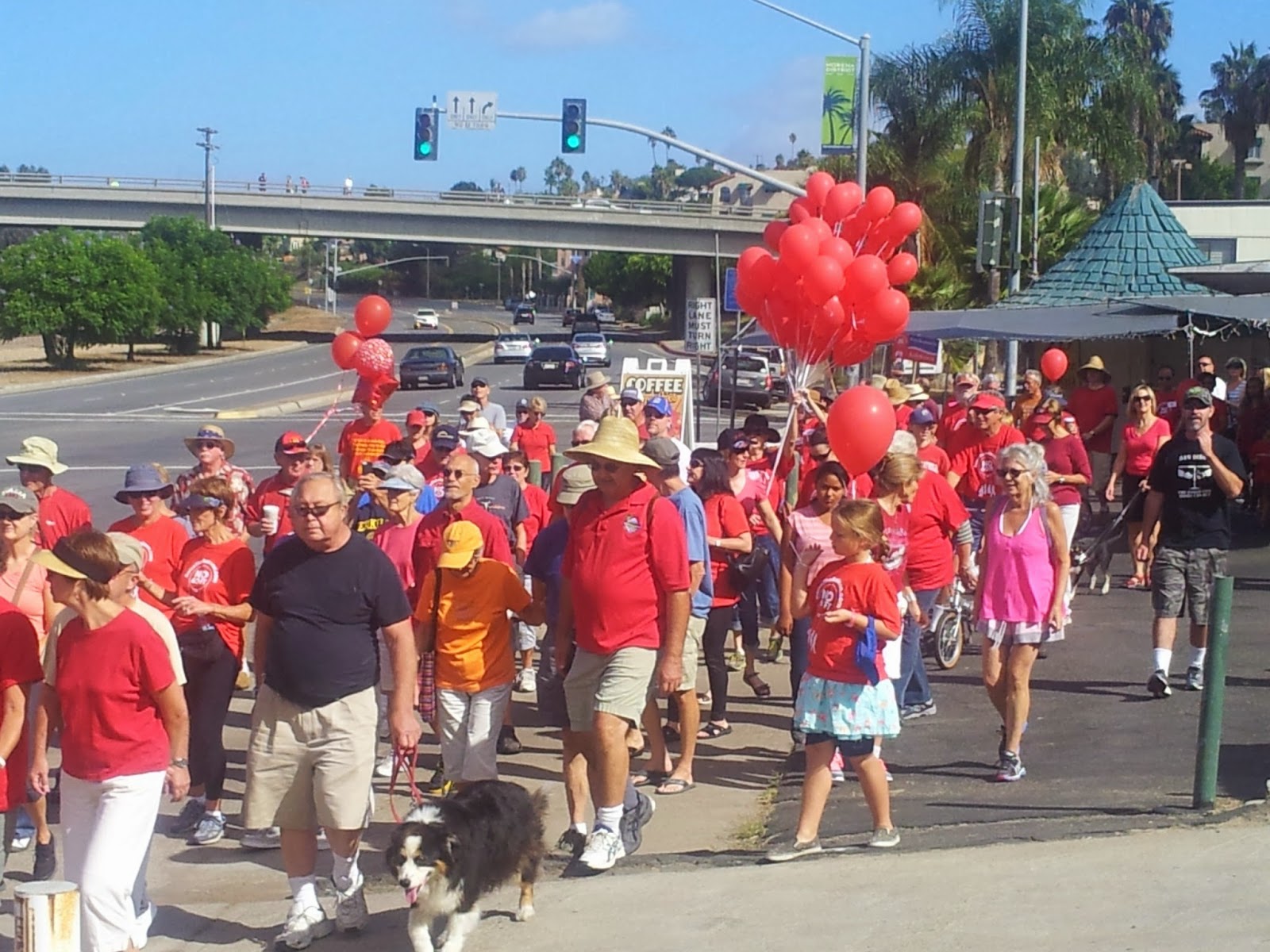 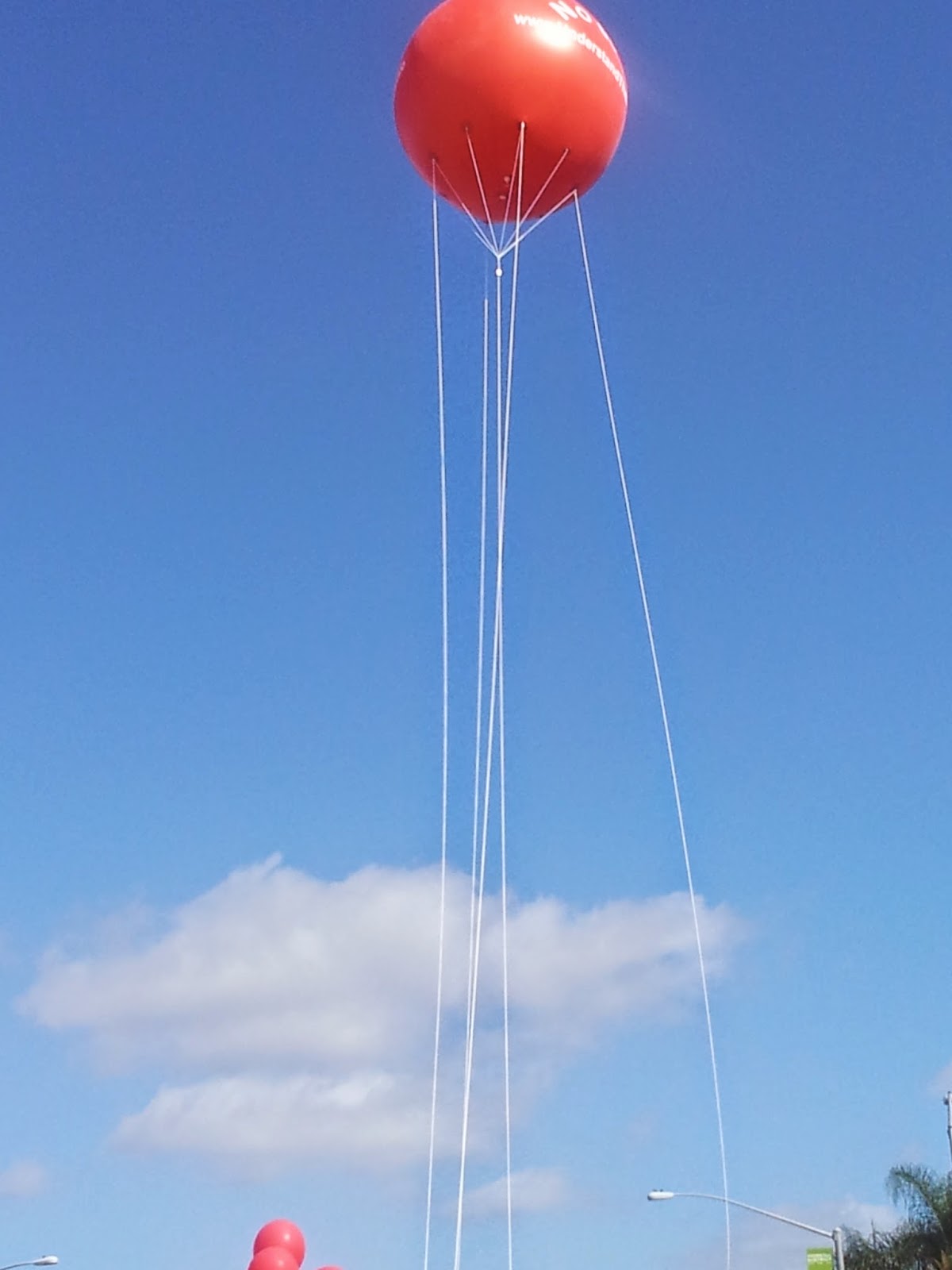 The balloon showing how high 60 feet would look like. 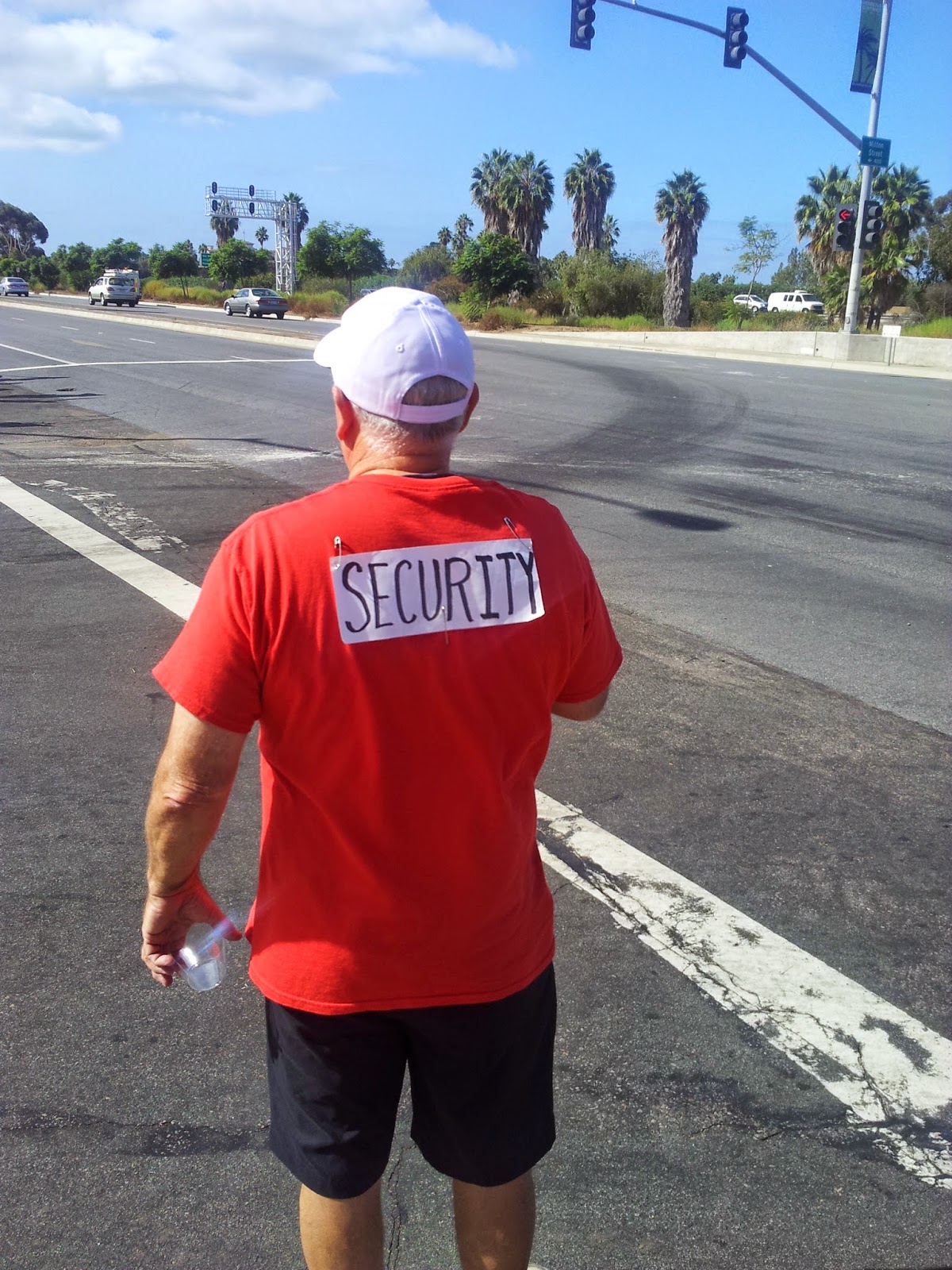 It’s a great country and and a great city where a guy in shorts and tennis shoes, with a bullhorn constitutes “security.” It worked. as everyone followed his directions and, in turn, he worked with police to keep traffic moving.

A friend who is temporarily living with us, just moved from Pasadena.  He told me that people who live in the Del Mar station apartments developed above lines in Pasadena aren’t the sorts of folks who ride the rails to downtown LA.  They get in their cars like everyone else.  This whole idea that we will reduce our carbon footprint through trolley led development is clearly a sham.

UPDATES
Local CBS 8 News was the only media outlet to cover the march.

Here is the legal stupidity behind the height limit changes.  Look at the big business – big green alliance.  The VOSD article hints that the new climate plan is a way for Republican mayor Kevin Faulconer to lock out opposition to new development with the help of the environmental lobby.  Brilliant strategy if it didn’t wind up selectively screwing some neighborhoods at the expense of others.

In 2010, just 3 percent of the city walked to work. The plan doesn’t see that changing by 2020, but it wants to more than double it by 2035.
Cyclists accounted for 2 percent of commuters in 2010, but that number is expected to increase to 6 percent in 2020 and 18 percent in 2035.
And transit use would grow from 4 percent in 2010 to 12 percent in 2020 and 25 percent in 2035.
These goals are not quite as ambitious as they appear.
Those higher numbers are limited to areas designated by the city as locations for new, dense development, areas with high levels of employment and areas serviced by the trolley or the rapid bus.
Here’s the current list of neighborhoods that qualify: Barrio Logan, Centre City, College Area, Kearny Mesa, Linda Vista, Midway-Pacific Highway, Mira Mesa, Mission Valley, Otay Mesa, Rancho Bernardo, San Ysidro, southeastern San Diego, University and Uptown.