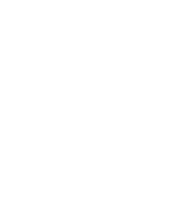 How taxpayer-friendly is your local representative in Sacramento?

The results are in from the 2010 Legislative Report Card issued by the Howard Jarvis Taxpayers Association (HJTA), one of California’s oldest and most respected taxpayer advocacy organizations, and San Diego Assemblymember Diane Harkey and Senator Dennis Hollingsworth received the highest “A” grades (94.7% and 96.9%, respectively) within the San Diego delegation!

The Report Card, which was based this year on the votes for 18 key bills relevant to taxpayer interests, is issued annually to raise public awareness to how elected officials are working (or not) for their constituents in the state capitol. These  bills struck at the core fiscal issues that affect California’s working families and small business owners – Proposition 13, back-door taxes, and taxpayer rights on Election Day.  It may not come as a surprise to many that the majority of state lawmakers received failing grades – 61 legislators received an “F” grade, and nine received a “D.” Alarmingly, only 19 were awarded an “A,” ten fewer than 2009.

Here’s how all San Diegan elected officials scored this year:

Clearly, there’s much room for improvement for our delegation. Though special interest groups are placing severe political pressure on our elected officials to raise taxes and dilute taxpayer legal protections, it’s important to restate that taxpayer advocacy is a cause to be championed by Democrats as well as Republicans.

San Diegans should be proud of the tough fiscal leadership Assemblymember Harkey and Senator Hollingsworth have given us in Sacramento – they are trustworthy taxpayer allies, and watchdogs for the public interest. And kudos to State Assemblymembers Garrick & Fletcher and Senator Wyland for receiving A’s this year!

More information on the HJTA Legislative Report Card can be found here.