San Diego Mayor Bob Filner has been keeping silent about his views on the 2 percent hotel tax.  I previously argued that I thought the tax violated Proposition 26.  City Attorney Jan Goldsmith pointed out that the city was taking a risk in the comments section on sdrostra.  City Attorney Goldsmith cited his office’s legal opinion which finished with this conclusion:

Prop 26 defines every government imposition of a duty to pay funds to government as a tax unless one of seven enumerated exceptions applies.  It is not clear whether the City’s traditional businessbased assessments can meet one of those exceptions. . . . 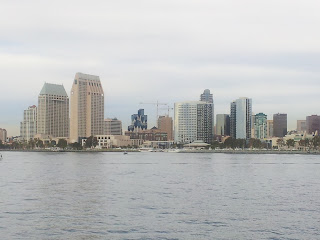 However, it is Mayor Filner’s failure to respond that is bothering me now.  The U-T reported that he has made no public statement on his failure to sign an agreement to release the tourism district’s funds.

Filner has declined to respond to repeated requests for an interview. He also failed to appear Wednesday night for a scheduled appearance at the San Diego County Hotel-Motel Association’s annual awards presentation and was unable to attend Thursday morning’s annual tourism meeting where he was to be a speaker.

Hardly a display of leadership.  There may have been good reasons for his inability or failure to attend these events, but because they create doubt in the public mind, he owes the public a statement on the issue.  I wish he would just come out and say that he is not going to sign a contract because the tax is unconstitutional.  His prior statements that he wanted to use those tax dollars for “public safety” create doubt as to his real intentions.  On other occasions, the mayor isn’t shy about sharing his opinion, why now?