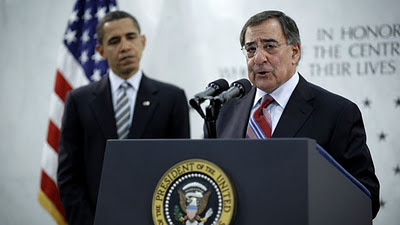 Budget “cuts” for the Department of Defense proposed by Obama are fairly responsible as far as I can tell. But Republicans are already criticizing the administration’s proposals. Predictably, John McCain called the cuts unacceptable. So what are the facts? Most of the spending cuts come from winding down the wars in Afghanistan and Iraq. The base budget of the Pentagon actually increases beyond fiscal year 2013. Base spending is the spending not going to support the wars. Further, the ground troop strength of the Army and Marine Corps is reduced to somewhat above levels of 2001. Finally, and more controversially, Secretary Panetta called for another round of base closures, setting up a new Base Re-alignment and Closure (BRAC) commission in 2013. Parochially, speaking the BRAC process has been very good to San Diego, in spite of the closing of the old NTC, now Liberty Station. The move of the Space and Naval Warfare Systems Command (SPAWAR) from DC in the mid-1990s, Mine Warfare Command from TX in the 2000s and additional ships homeported here have added federal spending to the local economy. Locally, Carl DeMaio has called for a task force to prepare for a possible BRAC round in 2013. I think that is wise, but I would advise DeMaio that the best tack to take would be to ask our California delegation to oppose any BRAC round until we have reviewed and closed bases overseas, see my discussion below.

Budgets for hardware procurement in the proposal have their ups and downs, but nothing really major. From McClatchey newspapers.

It wants to raise spending on drones by 30 percent, delay spending on the costly and controversial F-35 Joint Strike Fighter and fund a new bomber and a sea-based vessel that would allow drones and helicopters to take off from international waters. It wants to maintain current spending levels on missile defense and nuclear weapons while increasing spending on cybersecurity.

Republican criticism about the defense budget really misses the mark and paints them as unserious about dealing with spending overall. The one valid criticism actually comes from a Democrat, Senator Carl Levin, who said he wouldn’t support closing domestic bases before U.S. bases in Europe were closed. I really applaud that thinking. It costs far more to keep bases open overseas than in the United States because of the costs with rotating troops overseas. The cuts in troop strength are going to lead to longer peacetime deployments. From the LA Times:

Two of the four Army brigades in Europe would be brought home, and the Army and Marines would shift to a rotational training plan under which more units would deploy overseas to conduct exercises with allies in Europe and Asia.

This saps troop morale. They should be enjoying a peace dividend as well. More deployments are also going to raise the expense of maintaining the proposed troop strength. Republicans have enough Congressional leaders with military experience to put forward a more rational critique of this budget. Ron Paul has been the one calling for shuttering overseas bases and having the troops stationed at home. Maybe that’s part of the reason why he is the largest recipient of campaign donations from active duty members of the military.