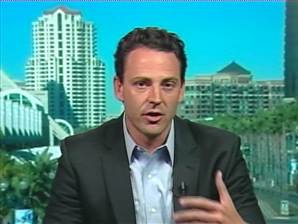 This year San Diego voters are being treated to a very lively contest to see who will succeed Republican Jerry Sanders as mayor of California’s second largest city.  I have and will continue to write about this and other races taking place in the City of San Diego – but I think it is important to share with you that I have not endorsed any candidates for mayor or city council, nor have I made any financial contributions.  The only bias I bring to any analysis of the mayor’s race is my conservative perspective, and a disclosure that one candidate, Nathan Fletcher, has been a personal friend of mine for many years.  In fact, it has been my friendship with Nathan that has made it a bit awkward for me as I have contemplated for many days what to write about his sudden decision to leave the Republican Party and become a decline- to-state voter.

Let me just throw out there that I believe Nathan’s decision to re-register was strictly a tactical maneuver for the purpose of attempting to rebrand his campaign, and improve his odds at making it into the runoff election after June.  It’s pretty clear that something had to be done as survey after survey kept showing Nathan was not even close to making the top two (those spots have been comfortably occupied by Nathan’s former Republican colleague Councilman Carl DeMaio and Democrat Congressman Bob Filner, with Republican District Attorney Bonnie Dumanis behind them).

Hats off to Nathan and his campaign advisers – if “shaking up” the race for mayor was the goal – clearly that has been achieved.  Presumably Nathan’s goal now will be to try to carve out some real-estate both with decline-to-state and Democrat voters and try to get more votes than Filner (which may be a bit challenging for Nathan, a point on which I elaborate further into this column).

I have to admit that it comes off as a bit disingenuous for Nathan to summarily announce that he was leaving the Republican Party and that it was a decision he’s been contemplating for some time – when just seventeen days earlier he was delivering a very partisan speech at the endorsing convention of the San Diego County Republican Party.  The San Diego GOP endorsed DeMaio on the first ballot, a two-thirds vote.  I can understand why this would have been disappointing to Nathan, who has been a Republican activist, operative and legislator for a very long time.  Still, there is a “sour grapes” component to this decision that leaves a bad taste in the mouth.

It is certainly the case that Nathan has a track record that confounds some in the Republican Party.  But there are times when I have been at odds with the GOP, yet I have not left it.  Heck, just last year Nathan and I both supported the elimination of a big tax break for out of state businesses in favor of broad based tax relief – a position for which we both took criticism.  But the thought of leaving the party never occurred to me.  Which brings me back to my original point – which is that I believe that this was a decision borne of political convenience and strategy, rather than some sort of point of principle.

MAIN STREAM MEDIA FEEDING FRENZY
It took about a nanosecond for the left-of-center folks in the main-stream-media to grab onto Nathan’s decision and use it to engage in their favorite blood-sport – Republican bashing.  These same folks proclaimed Nathan as a “rising star” in the GOP because in their mind viability for a Republican statewide is all about finding someone on the right side of the aisle that is willing to participate in growing the size and scope of state government.  David Brooks, George Skelton, Bruce Maiman, Bill Bradley and more – all columnists that spend their time calling for higher taxes – desperately want Nathan’s decision to be less about a risky tactical maneuver in a hotly contested local government election, and instead turn it into a larger-than-life principled decision to walk away from a Republican Party that Governor Schwarzenegger once characterized as, “losing at the box office.” (Note:  Arnold is still a Republican.)

Of course more than one of these columnists in their frenzy to assault the GOP neglected to mention that Nathan was passed over for an endorsement by the local Republican Party, who instead endorsed San Diego Councilman DeMaio, who is openly gay, for mayor.  That inconvenient point ruins their narrative.  Matt Welch over at Reason really drives home this point in this piece.  It is also worth pointing out a column from the politically ambiguous Joe Mathews that ran on Fox and Hounds Daily where he makes the case that this tactical decision by Nathan was a very poor one (“political suicide in real time” is his phrase).

SHOULD NATHAN RESIGN FROM THE ASSEMBLY? 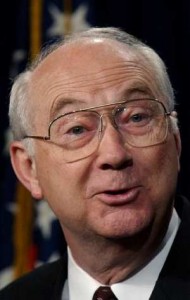 Nathan’s controversial decision to leave the Republican Party begs yet another question.  I will preface it by throwing out a date in history – January 5, 1983.  It was on this date that another legislator, a federal one, changed his party registration in his second term in Congress.  U.S. Representative Phil Gramm of Texas changed from Democrat to Republican.  But in doing so, Gramm thought it was only fair to step down from the seat to which he had been elected as a Democrat.  The Governor of Texas called a special election, and Gramm ran in that election and won (and rather notably went on to serve in the U.S. Senate representing the Lone Star State).

Does Nathan feel a principled calling to step down from his seat in the state legislature, one to which he was elected as a Republican?  It is certainly safe to assume that the Republican voters who put Nathan into the Assembly did not do so expecting that he would dump his party in his quest to become the mayor of San Diego.

FOLLOWING IN THE FOOTSTEPS OF FLORIDA GOVERNOR CHARLIE CRIST
Another date that might interest those following the saga of Nathan’s decision would be April 30, 2010.  This was the date Florida’s Republican Governor Charlie Crist (pictured below) decided to re-register as an independent.  In a situation quite similar to the one that was faced by Nathan, Crist had been a “Schwarzenegger” style Republican, in that he was simply unable to gain traction from Republican primary voters — polling showed Crist being handily trounced by conservative state legislator Marco Rubio.

In his speech announcing his abandonment of the party — whose infrastructure had helped him secure the Governorship — Crist made a lot of statements that now sound unsurprisingly like those made by Nathan: “Our political system is broken…,” “I haven’t supported an idea because it is a Republican idea or a Democrat idea…,” “For me public service has always been about putting the needs of our people first…,” “They (the people) want someone who is more interested in standing up for them rather than for special interests or a political party…” 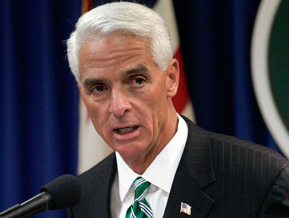 Marco Rubio (who ultimately went on to be elected to the U.S. Senate) had this to say about Crist’s re-registering: “It’s about someone who wants to continue his career in politics and doesn’t believe he can do that this year within the Republican Party.”

As we all know from the now-infamous razor close Presidential election in Florida back in 2000, the Sunshine State is very competitive – just like the city of San Diego.  So how did Crist’s running as an independent work out for him?  Rubio got almost 49 percent of the general election vote compared to Crist who scored just shy of 30 percent…

NATHAN’S HARD SELL
So what now for Nathan?  He now has the unenviable job of trying to unroll himself from the vastly long GOP banner in which he has wrapped himself since I first met him so many years ago.  To quote Nathan from the speech he gave to the San Diego County GOP in seeking the endorsement just 17 days before leaving the party altogether:  “I am very proud to have a long and committed track record with this party and with this cause. I’m very proud to have stood with you for years, going back to the early days, walking door to door, registering voters. As a legislator I’ve raised and given more than a quarter of a million dollars to our candidates and causes, and will do the same.” 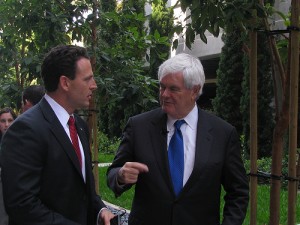 Heck, just a few minutes perusing Nathan’s campaign website allows one to check out photos of Karl Rove and Nathan, Meg Whitman and Nathan, Carly Fiorina and Nathan, and even Newt Gingrich and Nathan — mostly at events for Nathan himself.  And of course one cannot forget that former Massachusetts Governor Mitt Romney and his wife, Ann, are both major donors to Fletcher’s mayoral bid.

The point I am making is that there is no magic wand that allows you to cast a “forget everything” spell on the voters.  For loyal Republican voters, Nathan’s decision to leave the GOP will sting, and make it harder for him to win over a constituency that was already problematic for him.  But in trying to win over Democrat or independent voters, it’s not going to be easy to shake the Republican label.

CLOSING THOUGHTS
It is often very difficult to convey emotion in a written column like this one — especially a more subtle emotion like sorrow.  It took me the better part of a week to finally write this piece because Nathan is my friend, and my comrade.  I was very sorry to learn of his decision – one that I believe was made for short-term tactical reasons – and one that I know Nathan will regret for many years to come.

I take consolation in the fact that no matter what his voter registration says, Nathan and I will both be casting votes to ensure that President Obama serves only one term as President, and Commander–In-Chief.  And I suppose Nathan can take consolation that I don’t live in San Diego — where I would cast my vote for a Republican candidate for Mayor.

This commentary appeared on Wednesday’s FlashReport.