I have blogged my outrage a couple of times over local crony capitalism of Jerry Sanders giving away city naming rights to Qualcomm by allowing the temporary name change to Snapdragon. The U-T posted a treasure trove of emails that paint an unflattering picture. I have excerpted two of them here. Here is the city’s CFO wondering why the city isn’t getting a cut of the value of the advertising, hooray for Mary Lewis.

Here is Jay Goldstone, the Mayor’s Chief Operating Officer, deciding that he has a license to practice law and that this whole signage thing is really all about how fast he can please his corporate buddies at Qualcomm. 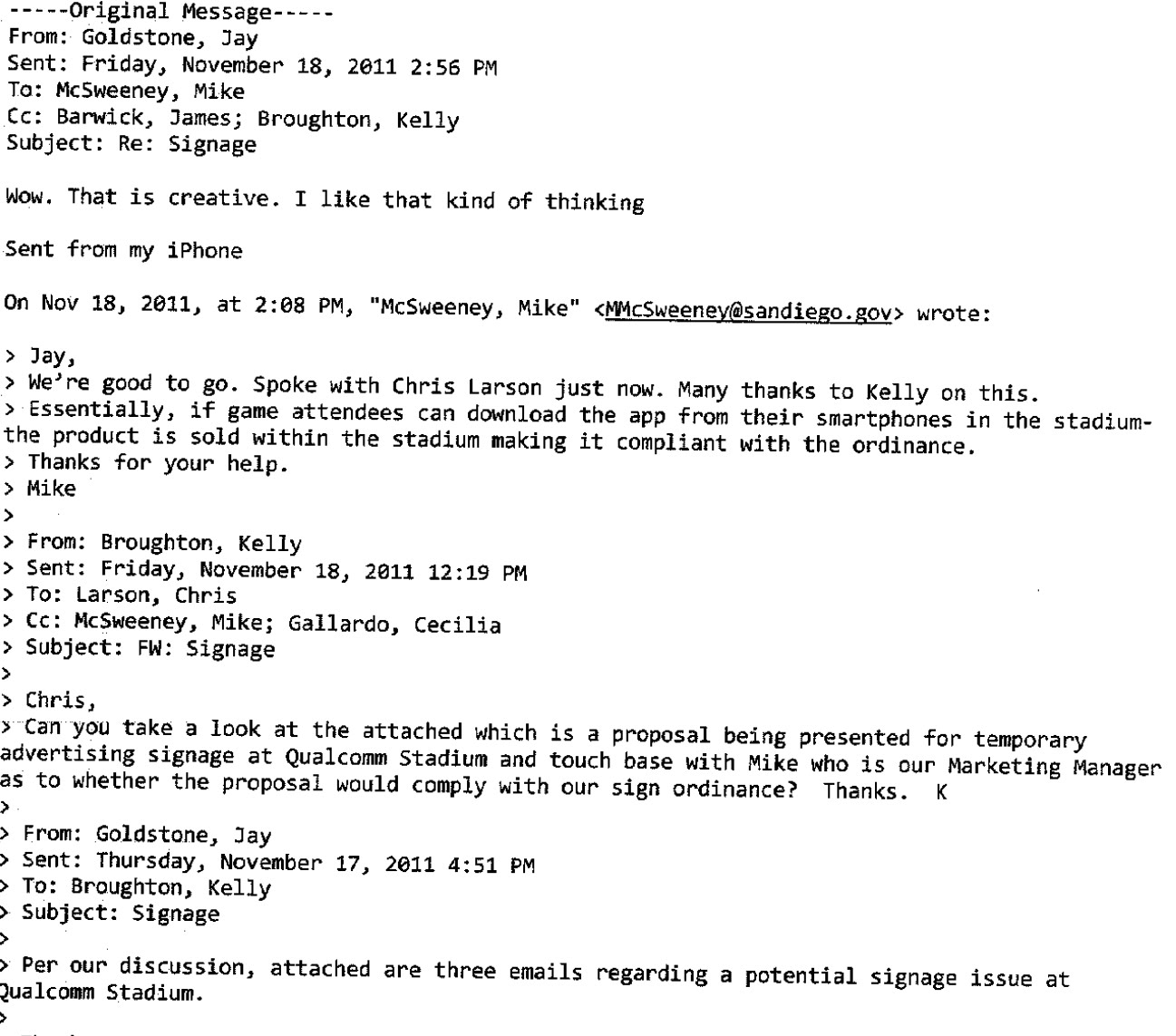 Mr. Chris Larson is a senior planner for the city, also presumably, not a lawyer.

Two things are very awry here. First, the city appeared to violate the law both on signage and the terms of the Qualcomm naming deal. Second, the city lost out on a money making opportunity that might have helped the taxpayers. But the deeper malaise that infects city hall defies logic; why did the city staff trip all over themselves to help out a local corporation? I am not anti-business, I am just against business advancing their interests at the expense of the taxpayers. This is a long term trend in San Diego that needs to end.