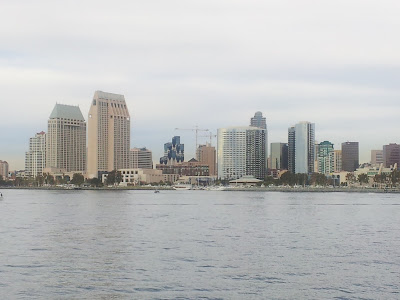 I find myself partially agreeing with Mayor Filner on the subject of San Diego’s hotel tax.  He has stalled on signing the contract that would allow the hoteliers to start using the proceeds to promote tourism and the hotels of San Diego.  In an earlier post, I noted that he wanted to use the revenue for “public safety,” but now he is just saying that he had said the tax is illegal.  If the tax is illegal, it can’t be used for any activity, including public safety.  Meanwhile, the UT article linked above notes that there are lawsuits proceeding against the hotel tax, claiming it violates Proposition 26, passed 2010, which requires a supermajority vote of the people to raise taxes.  Here is what the state constitution says about taxes and votes, from Article XIII C, California Constitution:

Text of Section 2:
Local Government Tax Limitation. Notwithstanding any other provision of this Constitution:
. . .
(d) No local government may impose, extend, or increase any special tax unless and until that tax is submitted to the electorate and approved by a two-thirds vote. A special tax shall not be deemed to have been increased if it is imposed at a rate not higher than the maximum rate so approved.

Sorry for the extended legalese, but I am hard pressed to see how this tax, paid by hotel guests, who do not receive a direct benefit from the tax, can be passed by the hotels themselves.  The city clerk tabulated the votes for the tax, so it appears to have the force of law of the city government behind it.

The hotels could solve this problem themselves, by putting together a local association and agreeing to pay into a fund to promote tourism.  There would be a free rider problem for hotels that wanted the benefits, but didn’t pay in.  Perhaps the Tourism Marketing District could omit links and mention of those hotels names in their promotional materials and web sites.  Using the police power of government to enforce the hotels association dues is out of constitutional bounds.

Meanwhile, what happens to the money piling up if the tax is found to have been unconstitutional?  It would be a nightmare to refund the customers, but if I were a judge in the case, that’s what I would require.  That would also be a mess to clean up, but so would any other plan that would attempt to deal with the fees collected.  The sooner the courts resolve, the better.