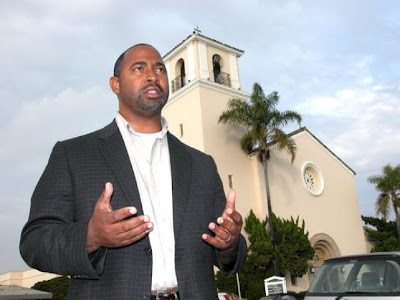 Two articles in today’s U-T point to the growing realization by the City Council that the issues of fiscal responsibility raised by the Tea Party are the new reality.

“With the city facing significant unemployment challenges and historic budget deficits, it is difficult to see the sense of spending over $2.5 million for a special election,” he said in a statement. Young said the money could be better spent elsewhere as the city faces a $53 million budget deficit.

The key issue is the cost of the election. Nice to see the council member thinking about cost. The U-T reports that DeMaio, Zapf, Faulconer and Lightner are solid votes to repeal, so this is looking good for a repeal. To give credit where it is due, Richard Rider has been predicting this outcome.

Item 2. City Trims Its Pension Shortfall Craig Gustafson is also reporting that the City Council has decided against paying $100 million in illegally obtained benefits to current and former city employees. The background:

The benefit at issue is called the “purchase of service credit” program, enacted in 1997 under then-Mayor Susan Golding. It’s still in effect, although not for new hires.

Employees can buy as many as five years of service that they didn’t work. For example, a 15-year worker could retire with 20 years of credit. The move increases future pension payments and, in some cases, allows workers to retire earlier.

The pension system wasn’t charging workers enough for the credits between 1997 and 2003 to cover its costs.

The San Diego City Employees’ Retirement System board voted on Aug. 15, 2003, to increase the rates and delayed implementation for more than two months. Word spread quickly and nearly as many people bought credits in that brief window as in the previous six years combined.

However, the state constitution forbids gifts to employees which is what the award of the pension credit without adequate pay in amounts to. Good to see the city council shaving $8.8 million off its annual bill. By the way, how is this different from the case of Judie Italiano getting $700,000 in unearned pension benefits? Also, what is wrong with the pension board? They had asked the council last November to approve the illegal pensions. Can’t we fire these jokers?

But over all, I’m pretty happy. The way I see it, that’s a nice deficit reduction of $11.3 million. Plus, I might get to shop at a Walmart SuperCenter in my home town some day. The one I visited in North Charleston was pretty sweet.