Some Republicans have privately told me that they are sitting out the effort to recall Mayor Filner, saying it makes little difference to governing San Diego and that the GOP might be better off if Filner drags down Democrats.  I wholeheartedly disagree. Exhibit A is the July 30 ordinance requiring a “prevailing wage” for city contracts for public works and maintenance efforts. 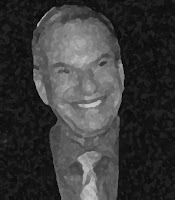 As a taxpayer, I want to get the most out of each dollar that goes out on contract.  Since the “prevailing wage” law increases the cost to the city, how is this in my benefit?  It is not, and no amount of arguing about the “social benefits” of a “prevailing wage” will convince me otherwise.  As long as the unions call the shots, the cost of local government will go up until we can’t afford any public services at all, see Detroit.  The left wing web site Media Matters took the U-T editorial board to task for saying the “prevailing wage” will only increase city costs by $13 million not the $26 million claimed.  When even the left acknowledges that costs will increase, you know this is a bad bargain for taxpayers.

Is there any doubt that this bill passed only because Bob Filner is mayor?  Is there any doubt that he will push organized labor’s agenda at the expense of the taxpayer as long as he remains in office?  The “prevailing wage” law isn’t grounds for recall, but it adds impetus to the effort because the mayor’s actions have legitimately opened the door to such a campaign.