As a tea partyer in deep blue California, it may seem that we have limited ability to influence elections. Gerrymandering keeps almost all House, Assembly and State Senate races non-competitive. However, ballot measures and local races still provide an opportunity to make our voices heard and to beat the entrenched labor/big-government establishment. Temple of Mut has provided a public service by previewing the November ballot issues; but I wanted to add a few thoughts on issues and races that matter in San Diego in particular.

Proposition 30. Jerry Brown’s “temporary” tax hikes initiative. This is an easy No recommendation from the tea party. But I doubt that the final vote will even be close. Billed as another “for the children” initiative, I think that scam is up. (As satirized in a recent Hitler parody, the voters are wise to the whole “They’ll put free hookers and cocaine on our health plan as long as we say it’s for the children” line.) The cram down on the high speed rail while the state is going broke isn’t going to help this effort. Neither will the report that reveals that the top paid legislative staffers in Sacramento are getting big pay raises. Of course, the bulk of the pay raises are going to the top 1% of the staff, just kidding, I think it is the top 5%. If I were in charge of advertising, I would lead with particular tidbit about legislative staff pay raises in a campaign against the tax hikes. It also helps that another tax measure to increase almost everyone’s taxes, Proposition 38 is also on the ballot. Even those making as little as $7,300 will get hit by Prop 38. To be fair about who gets a tax increase, Brown’s Proposition 30 also raises everyone’s taxes through a sales tax increase.

San Diego Mayor – Carl DeMaio. The SCTRC does not endorse candidates, so this my personal recommendation. With the public employees unions and the California PERBerts challenging Proposition B in court and its attendant the cost savings in court, the city will need a vigorous advocate in the Mayor’s office. Even opponents of the measure admit that it will save the taxpayers money. I have no doubt that Bob Filner would seek to gut the legal defense of the measure as well as any implementation. Reforming pensions is vitally important to the long term financial health of the city. Carl DeMaio strongly supported the measure and has been an advocate for the taxpayers in general. He first won my support for his vigorous opposition to Proposition D, in contrast to most other San Diego establishment politicians.

Brian Bilbray for Congress. This stance is also controversial with some of my fellow tea partyers. Despite his appearance at a Repeal Obamacare rally, Bilbray doesn’t really light the fires for us tea party types. But I have never before been a single issue voter, but the so called Affordable Care Act has made me one. The ACA is actually an unaffordable sop to lobbyists and special interests that true liberals ought to be opposing, not just those on the right. The 52nd Congressional race is one of the few that matter in California. It is a competitive race. Brian Bilbray has promised to vote for repeal and Scott Peters has endorsed the ACA. How much clearer could our choice be? I am asking tea partyers and libertarians who aren’t enthused to get behind Bilbray anyway. I will be donating to him and to Romney and Bilbray on the theory that the ACA will do decades worth of damage to the country if not repealed soon. 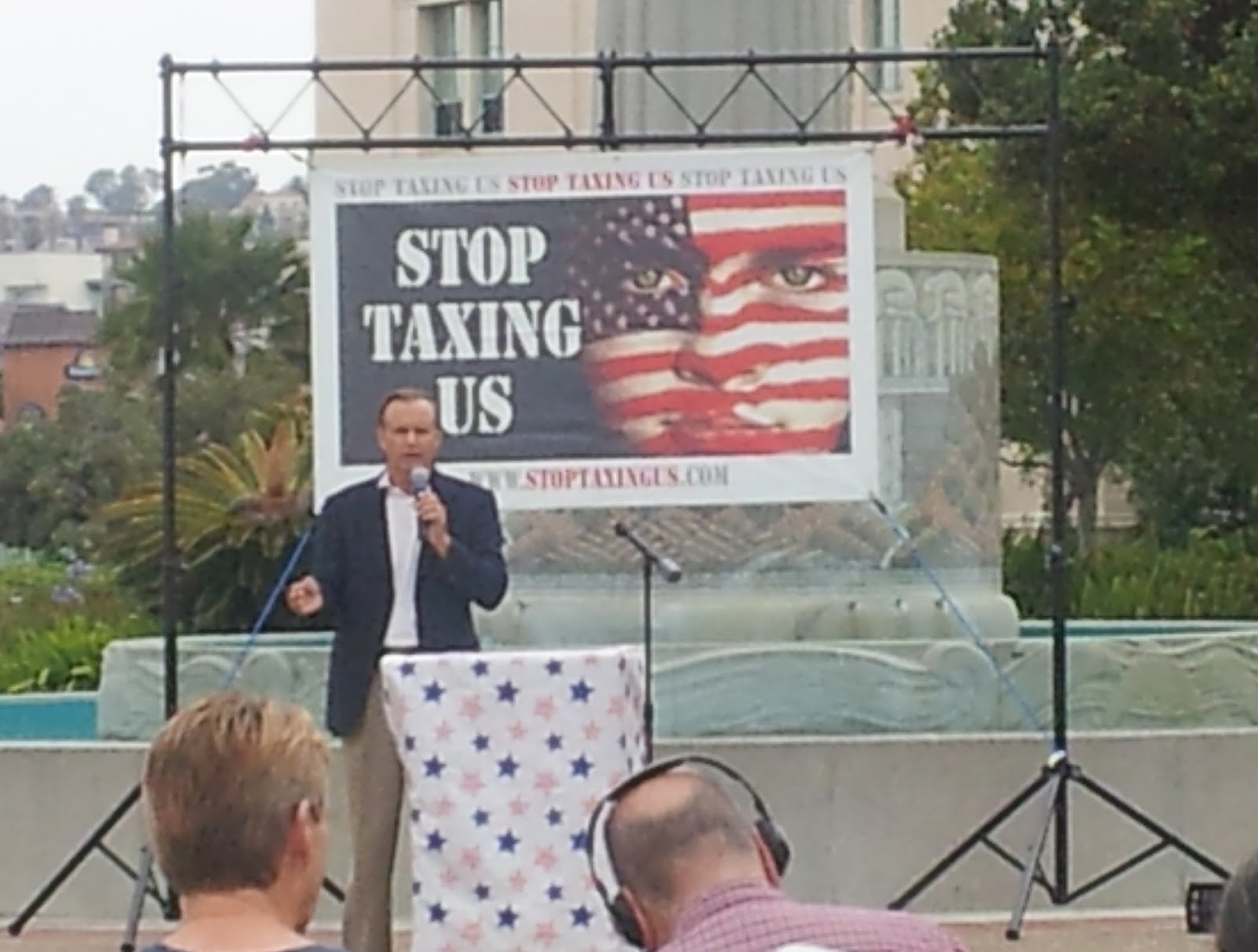